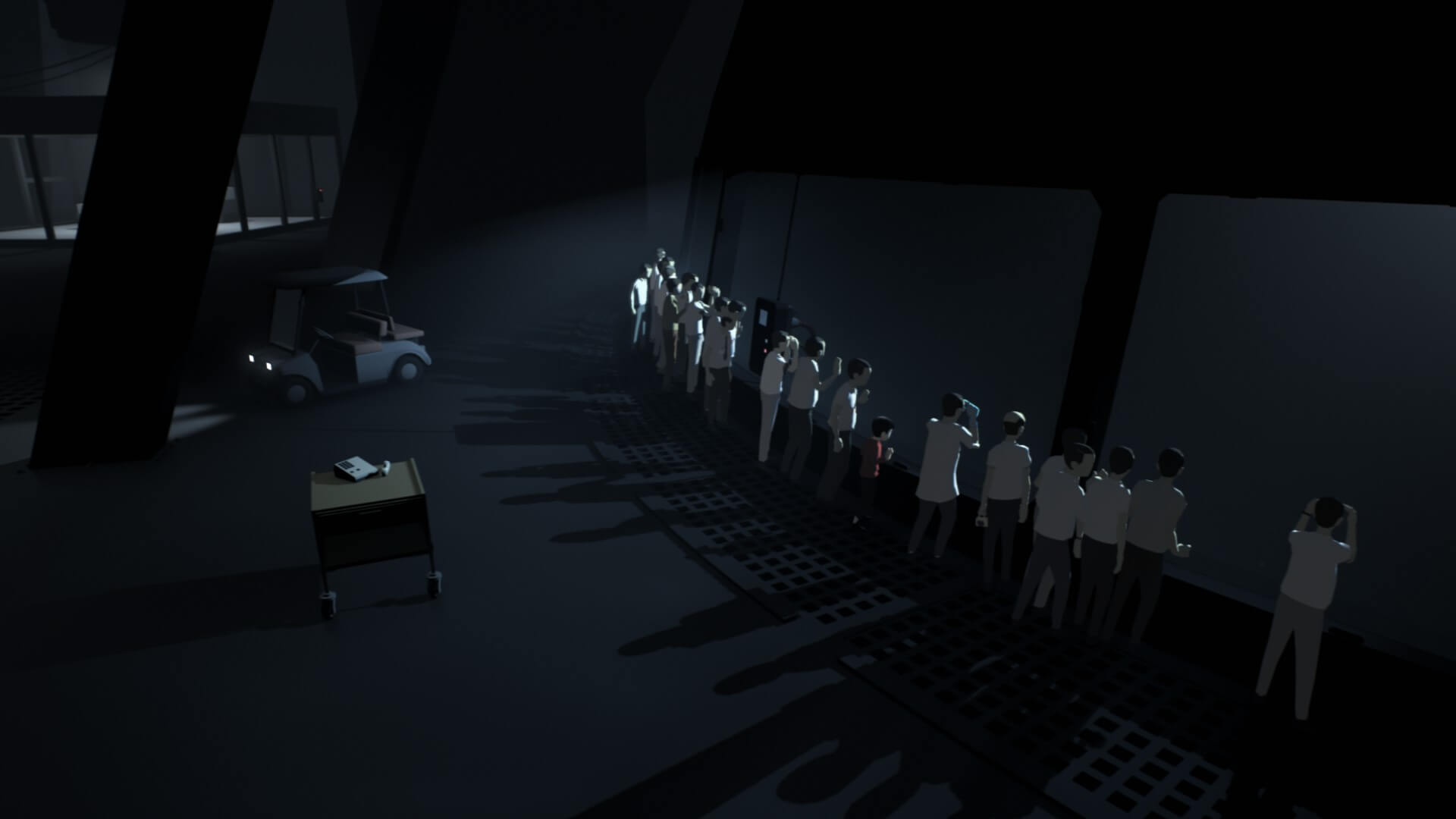 INSIDE is made by the game studio Playdead who also made the critically acclaimed Limbo - an iconic game by itself. Inside is a worthy successor, surpassing its predecessor in many ways. Where Limbo provided a sense of being stuck (in limbo), Inside topples that over its head to present a narrative in a dystopian world with an unnamed boy making it's way Inside a huge factory area of sorts.

We do not know why, or who he is, or what he wants. We just control him, which is an important word to use. The game itself could have been titled CONTROL but that would then make it a spoiler. The game provides no narrative, no cut-scenes, no backstory. Throughout the game, there are hints, though very subtle, about what may be happening. It is a masterpiece of storytelling.

The environment in the game is bleak, made up of foggy exteriors and machine filled hostile interiors. The color palette is muted, giving it a dark and dystopian look. Patrols of armed guards make sure anyone does not sneak in. Dogs attack any moving body. It all adds to the ambience of something sinister happening inside.

The game starts at the edge of a forest, on the outskirts of the facility - an area guarded with patrols that do not hesitate to use lethal methods to subdue you. The area is enclosed by a fence, and once inside, the ambience changes considerably. There are not as many patrols. There are farm areas. There are dead pigs with worms sticking out of them. Parasites. Something feels direly wrong about the entire thing. As you make your way through, you come across a factory of sorts. Chicks without a mother follow you around. This is where the game reveals its sinister facets for the first time.

Once inside, a pig with a worm parasite sticking out of it attacks you. Removing the parasite renders it docile and harmless. Almost zombie-like. One wonders what the parasite was. Or was it acting alone. Who was controlling whom there. Progressing only deepens these questions. You find a device that when put on, lets you control people who return to the same zombie state as soon as take the device off. It is intentionally creepy. This mechanics is used to solve several puzzles, and they are quite clever in their design and philosophical in their intention. There are places where you must not care about the people you control and intentionally make them jump off high places, make them collide, use them to move ahead.

The gameplay really makes the whole aspect of control shine out. In a few places, the person you control through the device must put on another device that controls some other person. And the control is not merely symbolic, but also physically apparent. While being control, the person reacts directly to your commands, as if you were playing as them. It makes one wonder if the boy is itself under control.

The environment is drawn in 3D, but the path can only be followed in 2D, as if one cannot walk away from a fixed path, cannot deviate. The soundtrack creates an ambience of senselessness, of a bleak path that makes us move forward, if only in curiosity, which is found aplenty along the way. There are other mysteries, experiences of various experiments done on people. Some are tied to devices, some caged, others moved along in a factory as if on an assembly line. Machine act as sentries, taking out anyone who does not fit the pattern of being controlled.

Sometime near the end, we are drowned and consumed by a water creature that looks eerily like a girl. To our surprise, and horror, we find that we can now breathe underwater. And control people without the device. It all hints to something bigger and more sinister behind all the experiments. Once we reach the heart of the facility, there is a huge chamber, an experiment. Our path takes us there. And what we find is quite unspeakable. A lump of flesh, humans, melded together into one, hooked up to the facility. Likely acting as the power source for all the control. We try to free it, but are absorbed by it instead. We now control the lump.

The animations and the way the lump moves, with its many hands and feet, is very well done. Along the way, we are helped by some scientist, as they open doors, clearly afraid of us. Others try to hinder progress, and try to trap us. Guards attempt to contain us. Somehow, we manage to get outside, tumbling down the mountain through trees that look like the ones the game started in. At the bottom, we lie in sunshine. It is at this point that we lose control.

What exactly happened in the game is mysterious. Was the lump controlling us, the player, in an attempt to help it escape. Was the boy just another zombie like being, driven to free the lump. Was the entire game a meta-essay about control that we, as players, exert. Was it a parable about the shackles we as a society face in being controlled by everything we use everyday. The answer is not there right in the face. But there is a secret ending, that unravels itself if you collect various orbs strewn throughout the game. It may very well be the real ending. It depicts the boy unplugging what appears to be a power socket on the wall only to stop and slump like a mindless zombie. It symbolises that whatever was controlling him can no longer do that, he is free now. From us, the player, and possibly from the lump. It tells a lot.

Inside is a work of art, and as such, must be experienced by oneself. The answer does not matter as in all works of art, as long as you think on it, on how it made you feel. That is why, you, must play Inside.