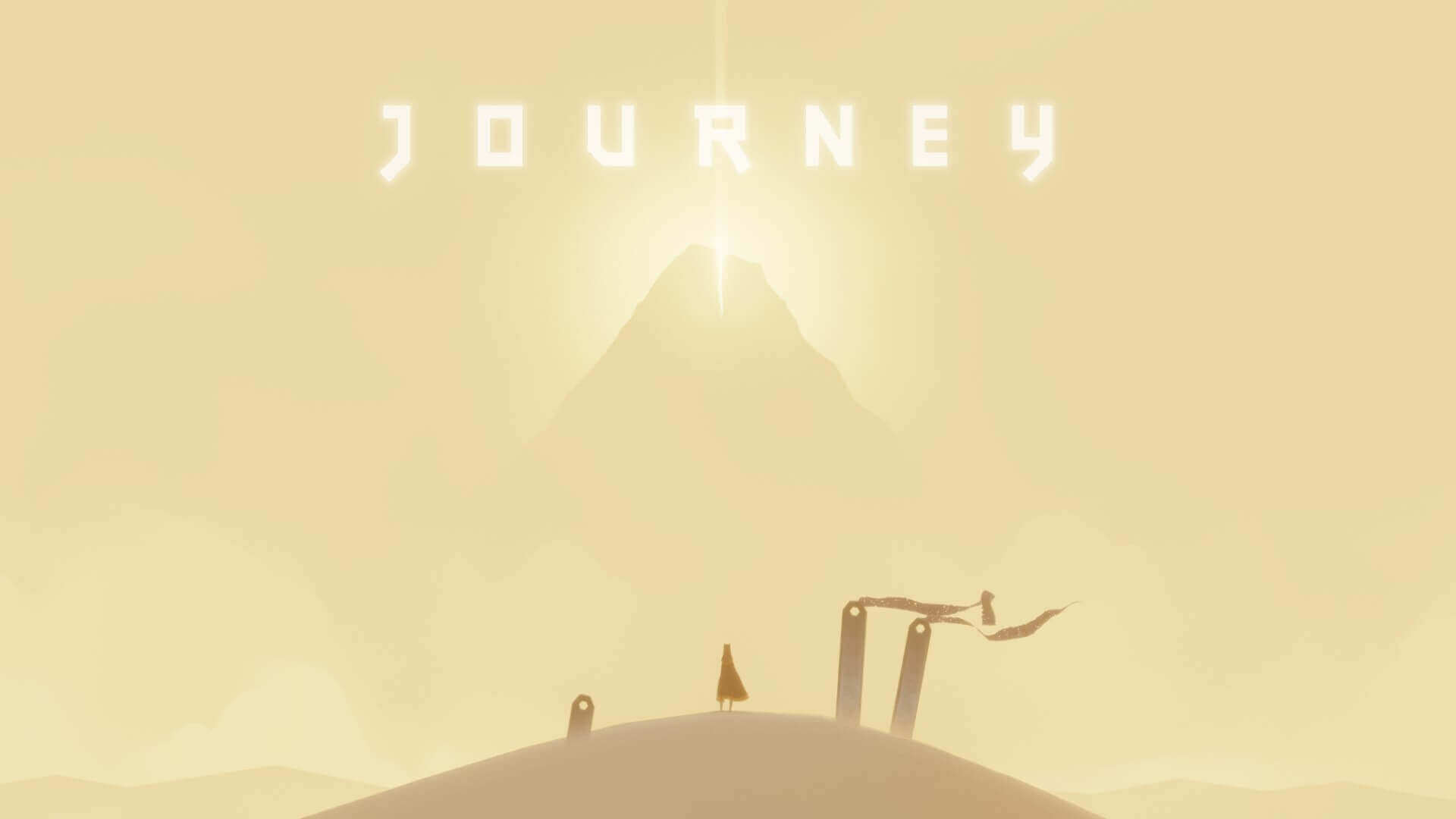 Journey is a game by ThatGameCompany a company founded by Jenova Chen. When I was doing my undergrad, I came across Chen's first game, called Flow. It was a minimalistic flash game where you played as a worm-like sea creature that must progress to the next level by eating nourishments while avoiding the predators. While the concept of collecting items to progress and avoiding or fighting competition was by no means a new thing, what the game showcased was the inherent psychology of what such games evoke. By stripping the gameplay down to its most simplistic attributes, the result is a sort of meditation in game form. This is a pattern that has been in all of Chen's other games - Flower, Journey, and Sky. 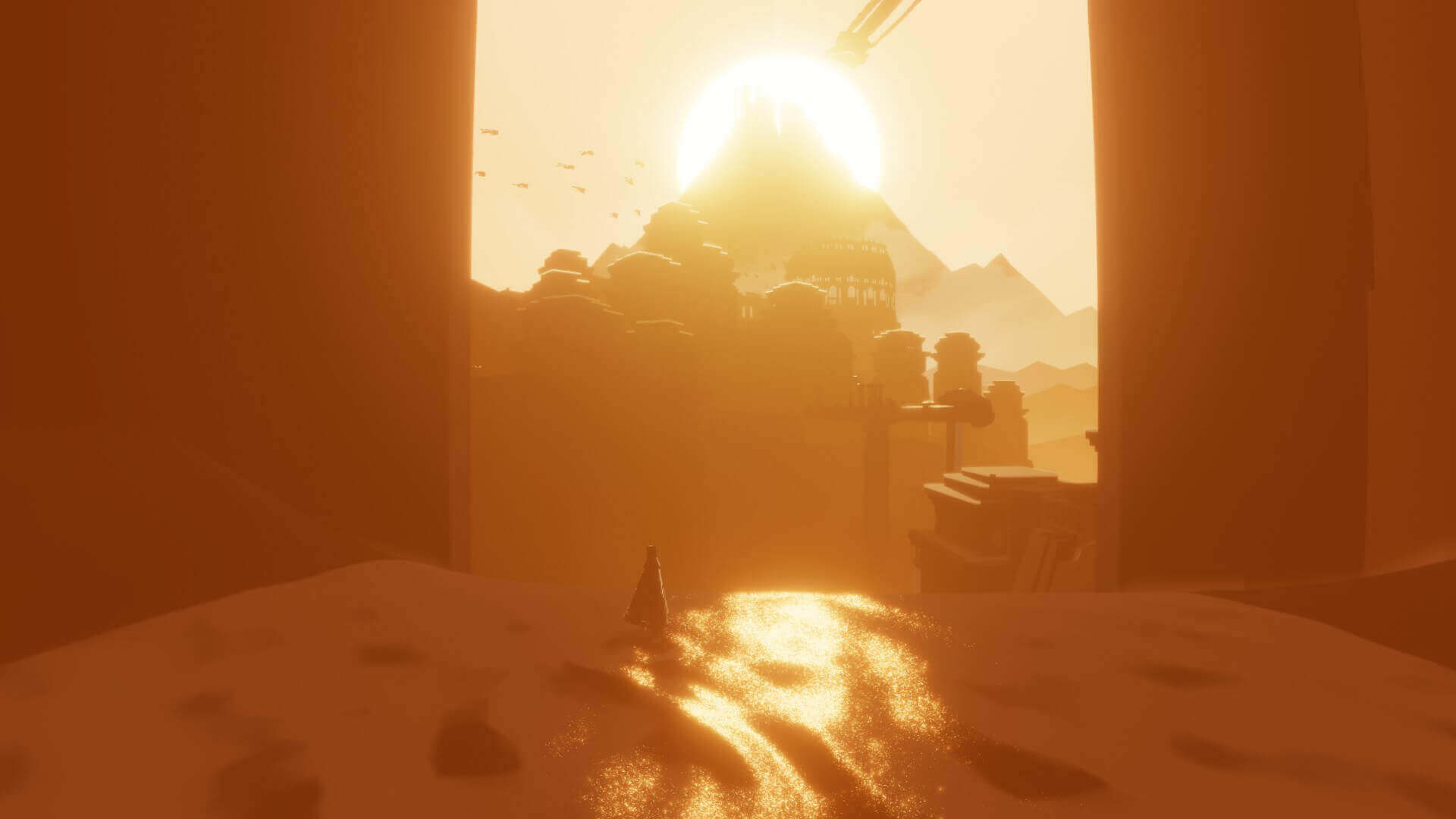 In Journey, you are a mysterious alien girl (I prefer to think of the character as a girl) that has to undertake the journey to a peak that can be seen to dominate the landscape. There is nothing else in the game, and everything leads to or alludes to reaching the peak. I don't think its any subtle that the game pushes you towards a certain philosophy. Its apparent from the moment you launch the game. Reminded me of the Buddhist notions of self, life, purpose, companionship, and rebirth.

The entire game lasts just under two hours, if you don't spend too much time marvelling the surroundings. The gameplay itself is quite simple and there was never a time where I couldn't figure things out. The puzzles are not really puzzles but just little pathfinding exercises that a little bit of curiosity can solve. There are more complex things to do if one feels like challenging themselves, but the game does not punish or force doing anything other than what is just about necessary to experience the different mechanics. 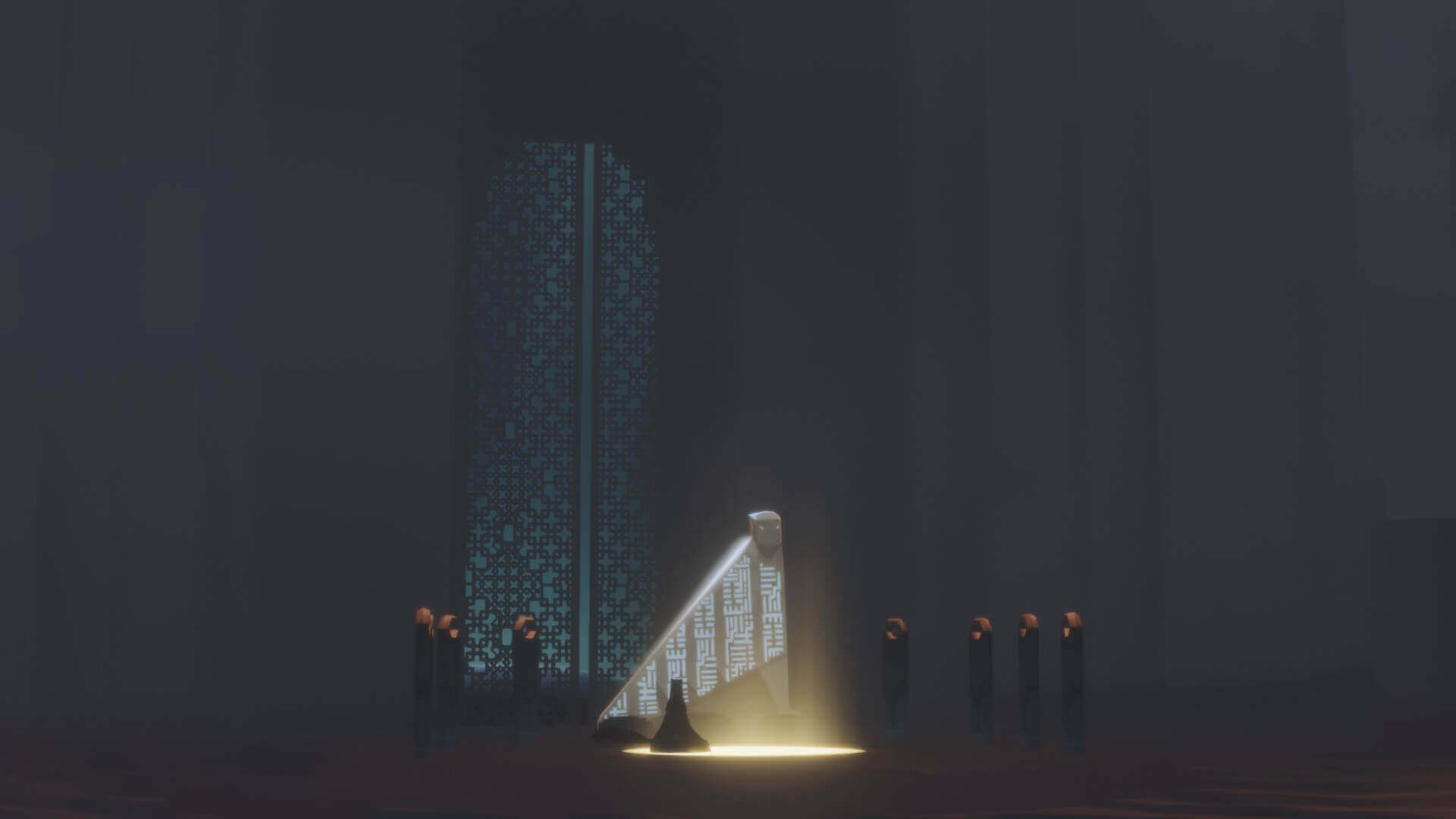 The story, told in mysterious images and recollections, is entirely open for interpretation. Whether you want to think of it as a civilisation that lost itself and was buried in sand with time, or think of it as referring to things that came before us, it is all fine and okay if it helps you enjoy the game. Much like the Egyptian and Mayan murals, the game shows visuals instead of spelling things out or even showing explicitly what to think. It leaves the interpretation to the imagination of the player. Something that results in an experience that you are invested in.

There are no dialogues in the game. The only interaction is a sound whose length you can control from a short chirp to a loud call. This is an important part of the mechanics since sound is used to interact with the creatures in the game. This results in communication (even if with the environment) becoming an important part of how to progress. Unlike typical gameplay where only the player has to solve puzzles by themselves, in Journey, the player to be part of the environment and the story. 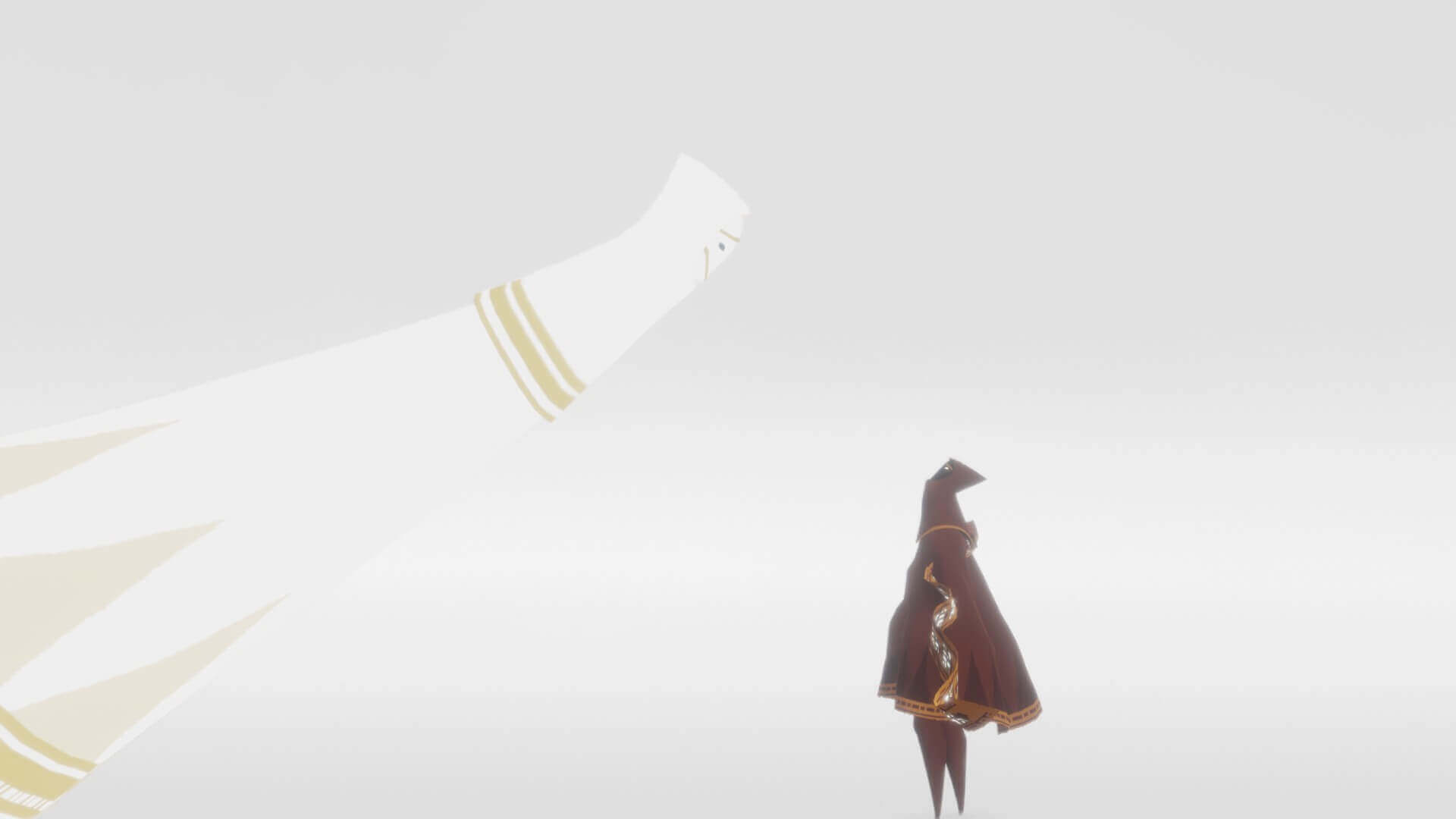 Journey is a game about life. About living. About being one single self in a sea and where there are others. Whereas other games are an escape route from life, where you as the player have the ultimate power in an environment, Journey is about dialling down life in its entirety from what we live as to what it might look like if it passed through in 2 hours.

Up until now, my description of Journey has been like any other game. You play it, you think its nice, and that's it. But Journey does something differently, and so differently that there hasn't been another game like it in all of history. Its the way it connects two entirely different players without turning the game into either co-op or multiplayer style of gameplays.

Just like life, Journey offers you the chance to run into a random stranger, another player who is playing the same level as you, and its up to you two on how you want to play - together or separately. The only interactions you two can make with each other are using the sounds. Soon it turns into an actual communication exercise as you both try to figure out how to call each other, how to ask something, how to specify you want to go somewhere. Its a beautiful experience of learning to communicate with another person. But its completely different from any communication you have, because there are no words or faces or gestures. Nothing but a series of sounds and an unfamiliar environment.

The game also has benefits for companionship, which it won't tell you outright, but you figure out when playing together. Things like being next to each helping do things better, or helping each other get to farther and higher places than you could have done by yourself. Its a genuinely exemplary expression of what it feels like to have a companion in life.

Players can choose to travel together or not. When two players, and there are only two at any time, decide to finish the level together, they start the next one together as well. Otherwise its an entirely new player who you must now figure out how to communicate with and understand what they like to do and where they want to go.

Despite being such a short game (I finished it in 108 minutes, just under 2 hours), Journey is an impactful masterpiece. When thinking about why I felt such awe and wonder after playing it, I only had to think about Chen's earlier games, and how they were about experiencing things and understanding our emotions and reactions to being a player and to playing a game, and stripping away everything superficial until the only thing left was the raw feelings we have as we hurtle through our own lives. And because each of us have an independent self and thus differing experiences in life, the way the game will connect with us and make us feel would also be different. Which makes the companionship within the game even more nice to see and play with.

I had played Journey when it released in 2012 at a friend's house. We weren't particularly close or friendly, and our time together was strictly about being people who were into video games. He had a PlayStation 3 and we used to take turns playing new things borrowed from other friends of his. Even at that time, I knew Journey was a good game, but it is completely different to play on your own without sharing that experience or taking breaks in between. This is something that life also has in abundance, what we call 'replay value', where you seek to live moments that make you feel good again and again. Whether its going to your favourite ice-cream place, a park, or playing an allegorical game like Journey.