A game simulation of traffic in a city with a lot of potential
published: 2020-04-02T08:00:00
by Harshvardhan J. Pandit
Apple-Arcade blog video-games 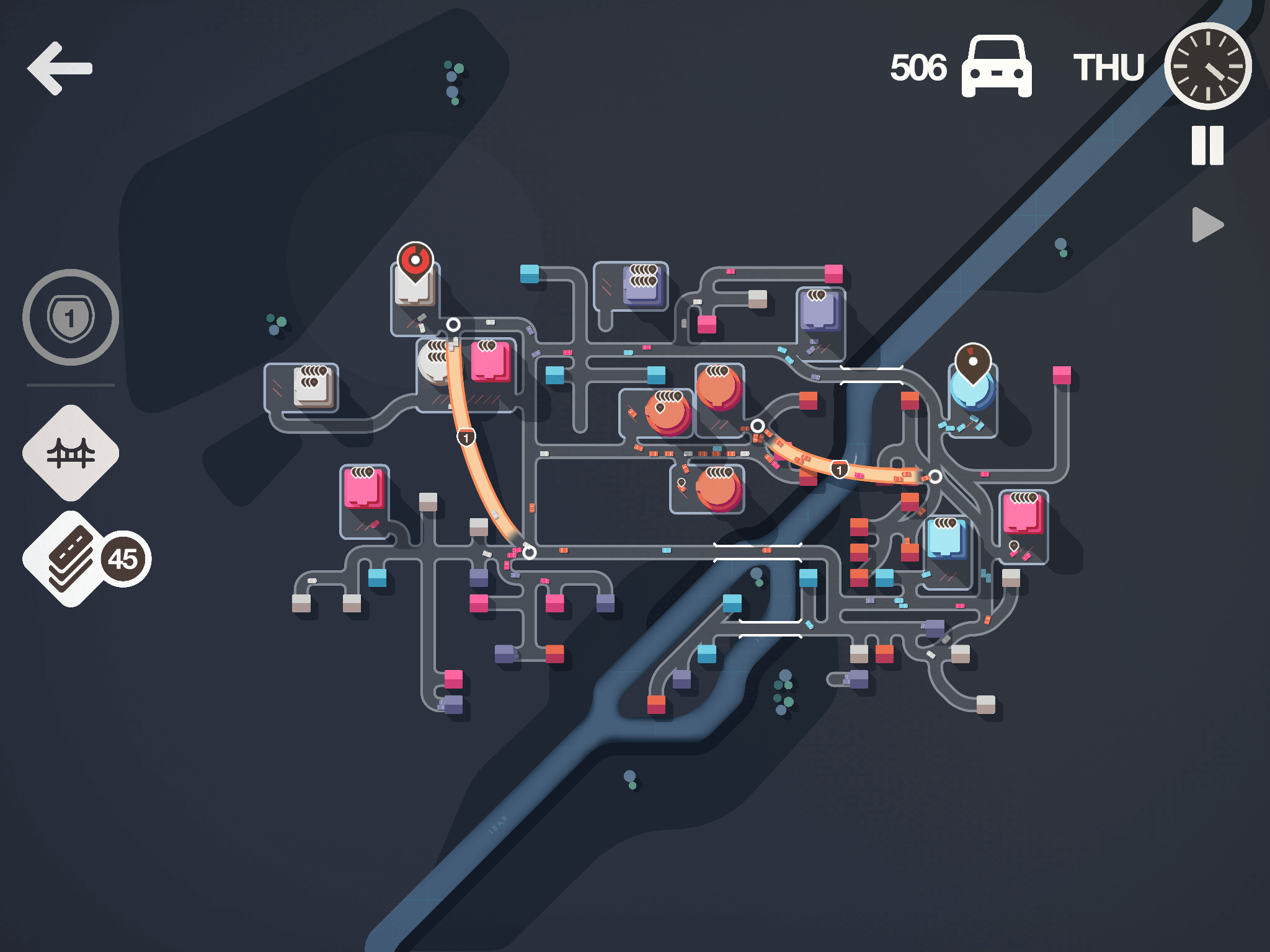 I want to call this game a 'traffic simulator' - even though its own description doesn't say that (it should). Mini Motorways is all about building a city with roads that connect warehouses to homes so that people (in cars) can go and be productive (hello industrial dystopia!). The warehouses and houses are coloured and cars can only move between the same coloured buildings. This leads to a quickly devolving situation where the roads affect traffic (congestion) and warehouses get impatient to get their work done. Eventually, if a warehouse does not get sufficient people, it will shut down the entire city (game over). There are a few (busy) cities around the world provided - though only in name as it does not involve any specific attribute other than partial layouts such as sea or rivers.

Roads can be built and removed at any point - but if there are cars using it the current road will continue to exist until all cars have vacated it. There are a limited number of road tiles (and city space) so choosing which paths to build is tricky. Additional challenges are provided in terms of rivers/lakes that can be crossed using a bridge, a motorway that directly connects two places, and a traffic light that somehow feels like it causes more congestion than reducing it.

All in all, mini motorways is an interesting game - and certainly that I found exciting to play, but in the end felt quite disappointed at all the wasted potential. In particular, it would be great to have an emulation of how cities and roads function currently. I'm using this post to note down some ideas: