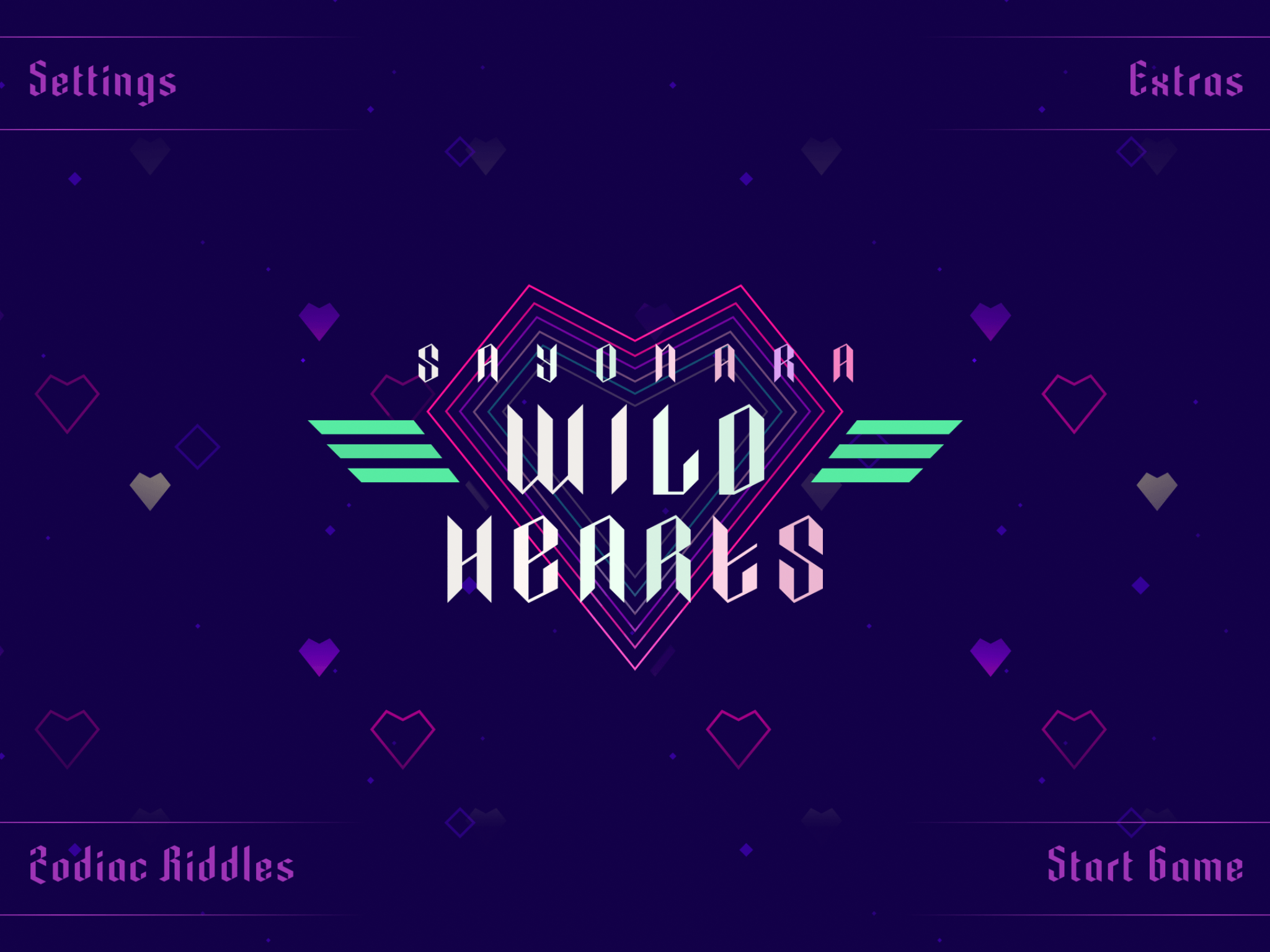 Sayonara Wild Hearts is the story of a heartbroken girl who somehow finds herself in a world of fantasy where arcana/zodiac are characters and she must find and restore the balance. If the story sounds silly, then yes it is, but it is also the sort of fantasy that a heartbroken person might find themselves in and get lost in.

The game is an absolute delight, from the visual layout to storyboarding the experience and the songs and use of creative elements to provide a truly enriching journey that is akin to sitting at a movie in a theater or reading a very good book. The game is also available on other platforms, so many more people can enjoy it. In terms of gameplay, this looks like a typical endless runner - but it is not! The gameplay is actually quite creative and indulging - but puts the experience and story first. There are 'levels' - though I tend to think of them as 'stories' - that showcase the excellent work that went into this game. Each story is worthy of its own game, with a clear narrative between them, and sufficient details to provide a rich experience of having played, or better yet - being part of a fantasy setting.

There are loads of movement types in the game, from skateboards, motorbikes, cars, boats, running, and even flying. And there is even a VR styled level with a retro-spin on it. In terms of creativity each episode is unique and blends into the others very well. There are particular aspects of the game that feel excellent - thanks to their integration with the background score and the choreography of things happening on the screen. My particular favourite was the level with parallel universes in it - saying any more would spoil the fun.

The game is set to rhythms in its background score and songs, with certain actions to be executed in time with the song. The sounds fit very well into the themes of the episode, and are also executed perfectly well when things don't go well (i.e. you crash or don't execute that jump). Resuming the game after this makes you feel conscious about the break in narrative and song, and you know it is your fault. But rather than blaming the game, you know it is upon you to make it happen and enjoy the beautiful visuals coming at you on the screen. 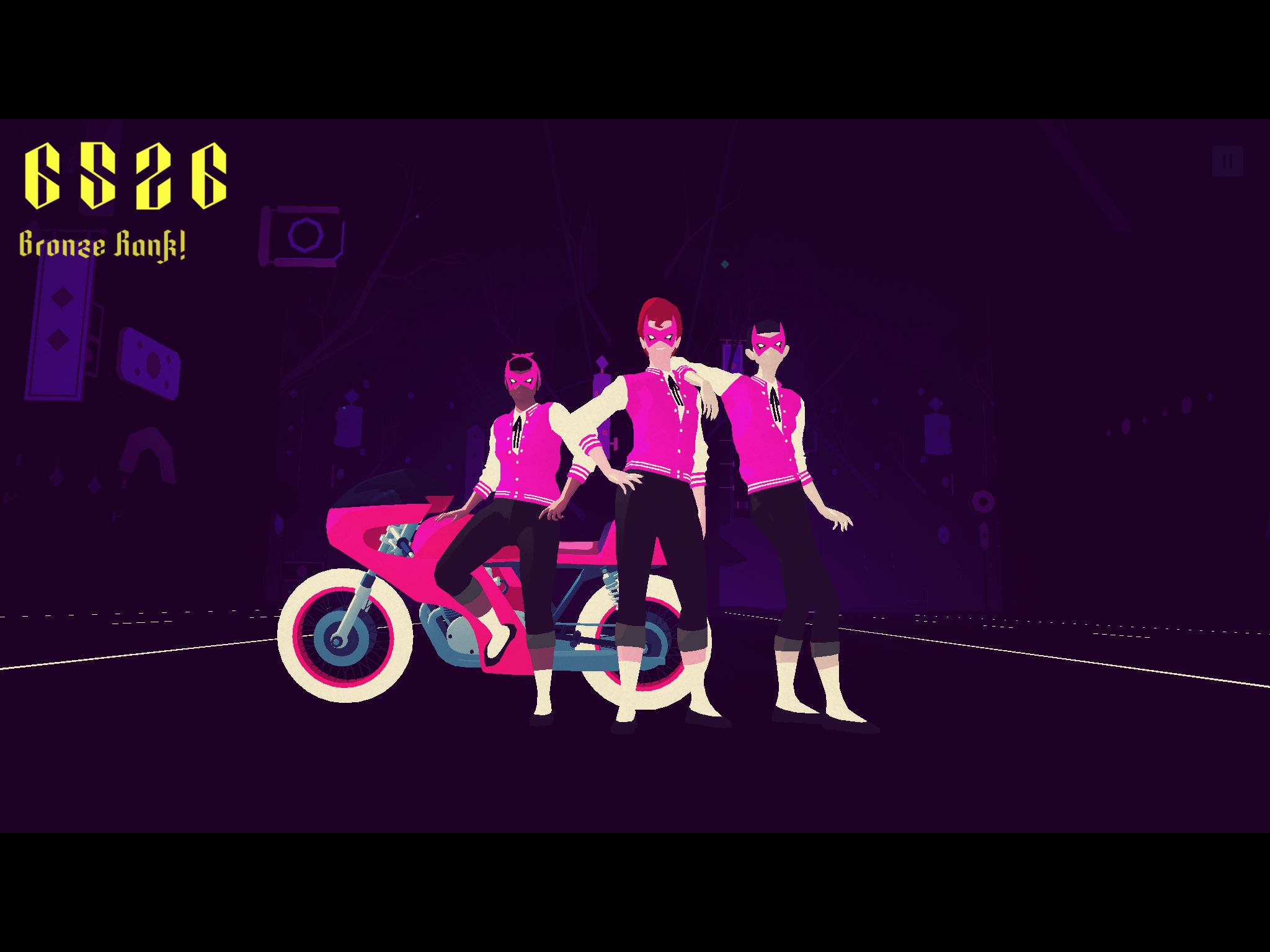 If things get too difficult, the game is quite forgiving. An arcana card (The Magician) shows up to help, and asks whether you would like to skip this particular section of the game and resume where it ends. This means you can essentially jump out of difficult spots and yet continue the narrative of the story as it lays out. This was a brilliant move. But I think it worth it to keep playing and only giving up when there is not other alternative.

Every now and then, some 'villain' styled women will popup and try to throw you off your run or simply dissuade you in any and every way possible - blocking your way, kicking your bike, throwing stuff at you, swinging a sword, turning into a wolf and attacking, turning into a mecha-wolf and attacking. This means you also need to occassionally defend yourself by dodging, swinging swords, shooting bullets out of your bike, and even hitting moving targets with a bow. 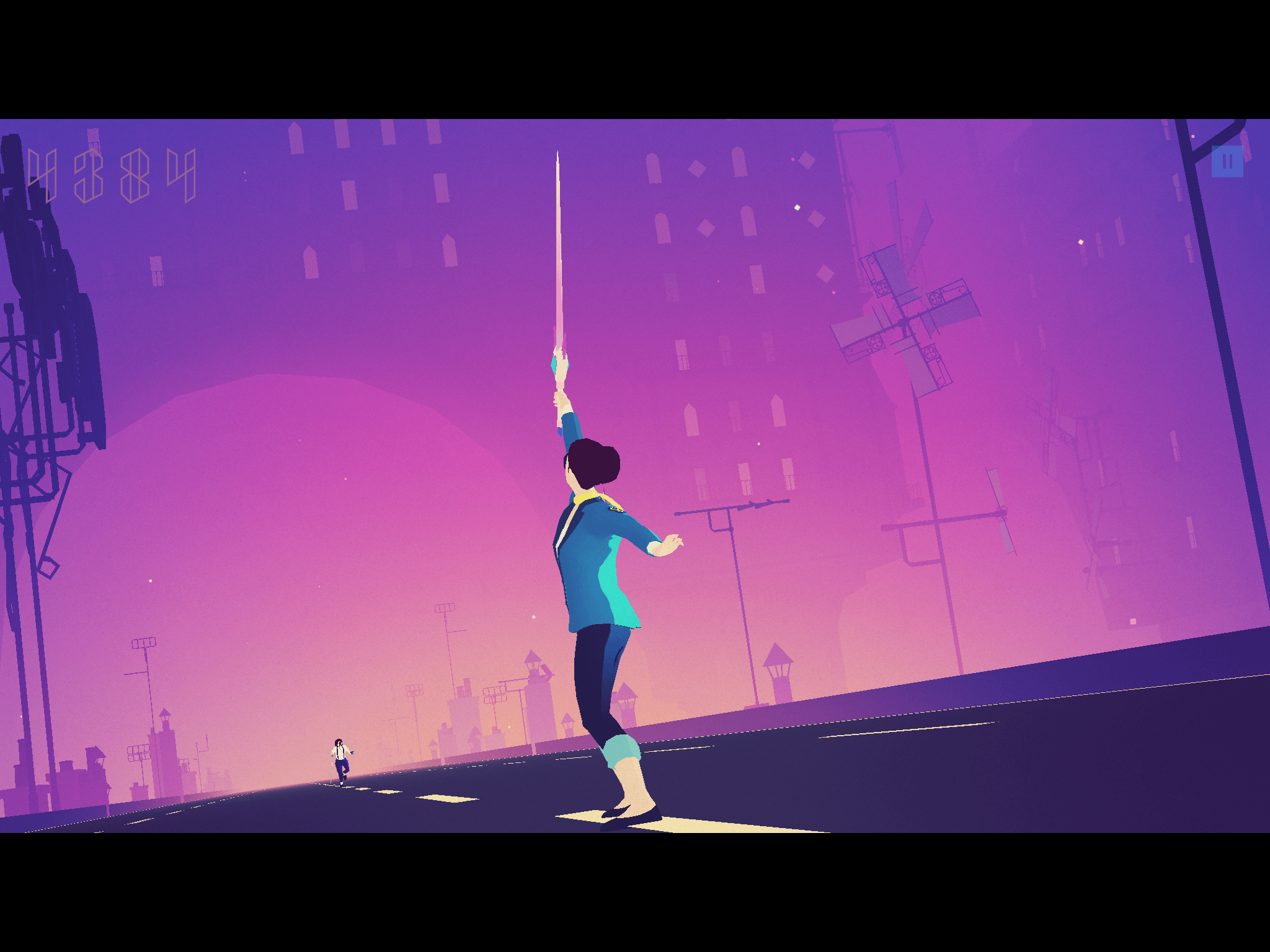 But all of this does not mean the game is a shooter styled one. Not even close to it. The game is intended primarily to be enjoyed and experienced and the narrative happens to be similar to these existing mediums of endless runners and shoot-em-ups. Just like how a good story could be told through a book, song, or movie. Yes -this game is art.

The game itself is quite short, but absolutely worth it. The levels are not long - just enough to finish through in a short sitting - but with enough content to fulfil the experience and earn a desire for more. The visuals are stunning, the music is good, and the way things blend into each other is exceptionally well done. 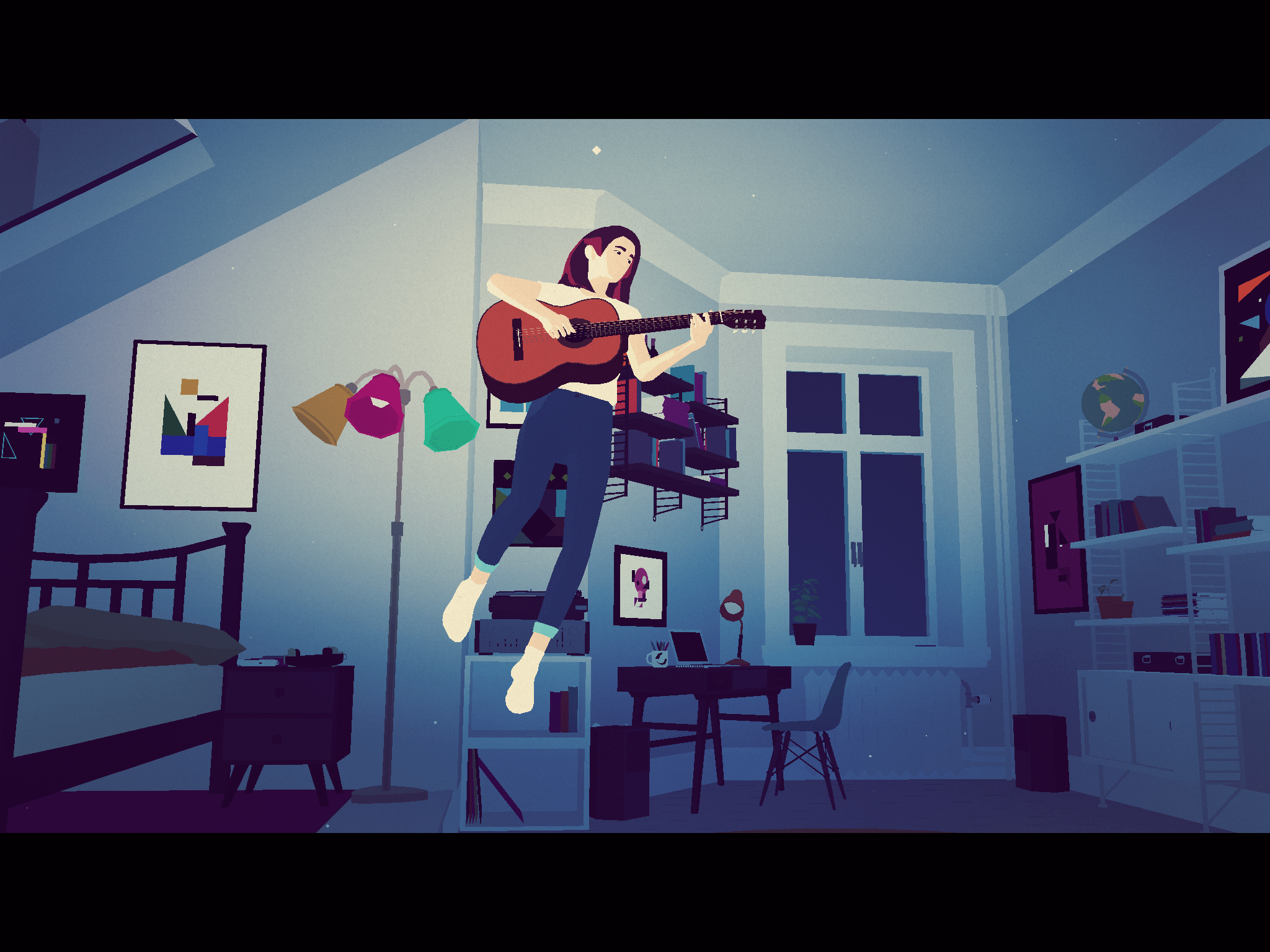 At the end of it all, Sayonara Wild Hearts is a game about emotions - about losing the way and imagining oneself coming back through an epic fantasy that tugs the strings in all ways - musically, visually, and emotionally. Which makes it more than a game. It makes it an adventure or a journey.

The game could easily have been a music video for one of its songs. Or expanded into several hours worth of more interactive adventures. But this would have diluted the shortness and bitter-sweet experience of playing it like a dream episode where things just happen and by the time you think you know the rules - the world has morphed into something wonderfully different.