I'm a Ghost in the Shell fan, and I do not give my consent to this 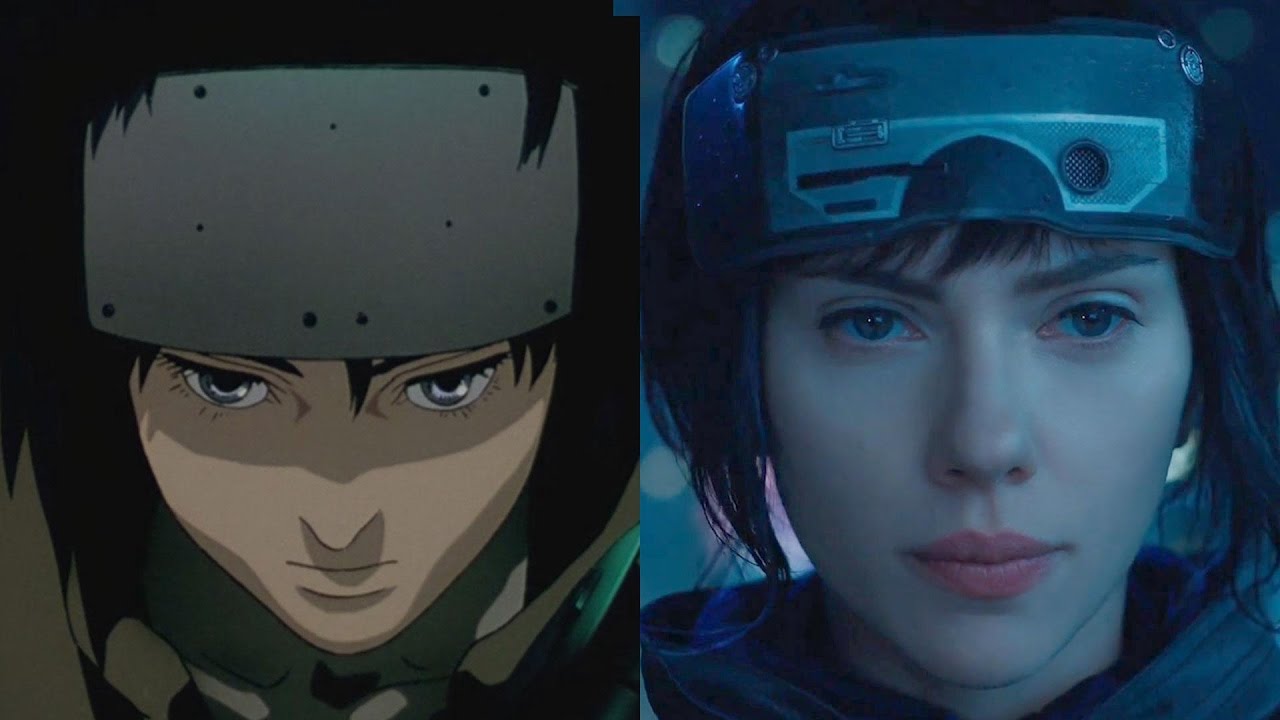 I'll be clear right at the start, this is more rant than review. If you've watched even an inkling of the iconic Ghost in the Shell anime film, the reaction to the Hollywood film (2017) is "utter shit". To take something so iconic and then to reduce it to this commercial bile is itself the definition of how things are turned into crap in the interest of commercialisation. The film manages to capture the environment and setting of the anime in great detail, and it all looks visually stunning, but falls flat on its spineless back when it comes to the story and the dialogue, both of which seem watered down bastardised versions of the original.

The film should be made into a case study of how commercial films (lets not pretend this is anything else) mucks about and dilutes a perfectly good drink in order to make it gulpable by everyone. In this case, the original manga and anime focused on the aspect of AI, consciousness, and the way we as a society cannot handle these complex situations without questioning our own identity. The film meanwhile, is more of a, "hey, this looks cool, is famous, lets adapt the name and setting and we'll make it a bit silly". They got the opening scenes pretty much down to fine details, which feels great, and is thought to set the tone for the rest of the movie. But it just doesn't deliver.

Major, played by Scarlet Johansson, is a being whose mind is human, but her body is completely synthetic. The consciousness, or 'ghost', a term that pops up frequently in the film (given the title) is never explained. Instead of staying faithful to what made the original Ghost in the Shell popular and a great work of art, is now just an unnoticeable blur in all of the commercial films that seem to churn out the same epithet of "being human". Where the anime delved into issues of what makes something human, and even more deeply, what is consciousness, the film never comes close to revealing this aspect of its philosophy, and instead focuses on Major as if she was the only thing the movie was made for. They killed the backstory by giving her a mother, by putting her as a victim of corporate greed and power, of being a runaway girl who was kidnapped and taken in to experiment on. The 'bad' person turns out to be another guy just like her. The 'real' bad person turns out to be CEO of the company - how naive and how cliche is that. Where the original painted every character in its own shade of grey, the film seems bland and colorless even though the streets of what can be assumed to be Neo-Tokyo are filled with towering colourful holograms.

The character of puppetmaster, who in this version is another bot crazed and out to get revenge who somehow turns out to be Major's human companion when she was human is so tame and poorly fleshed out. As a viewer, I could not sense any feeling or empathy or sense in their conversations and meetings. The reasons for being obsessed with other, the need to 'merge' and 'evolve' are never explored in the film, something that was vital in the manga. Their merging together to form a new entity was something that suited the anime just fine as it made the story even better (see the second Ghost in the Shell film). Instead, in this stupid version, Major wants to stay in 'this' world, because she isn't 'ready'. Meh. 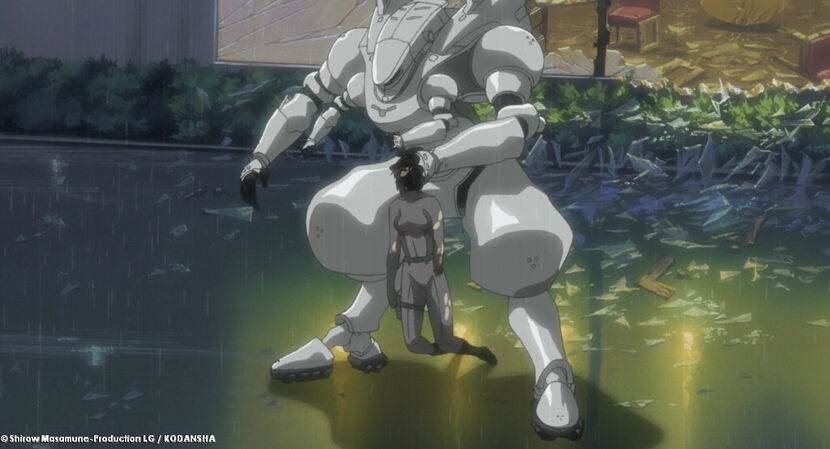 The film at times feels dumbed down to suit everyone. The whole notion of Major repeating her consent over and over seems so out of place, it makes the rest of the scenes seem tame and fuzzy. The iconic tank scene at the end, one of the best in an anime, was so poorly made and just did not have the tension of the original. In the original, the tank is an automated machine built to protect and destroy. Major needs to retrieve the body of the 'puppetmaster', and it's a fight to death. The tank is cloaked at start, and it vicious, almost a perfect tactical machine that tests Major to the limits of her abilities. In the film, there is just wham, bam, explosions, and that's it tank, you're dead because I ripped my arms out killing you. Another change that was bad. In the anime, the Major tries to rip off the top, but fails, and instead gets captured by the tank in a scene that is instead given out to Kuze. It is Batou who comes to her rescue and we see their partnership and relation in the ending scene.

The direction and editing are very mediocre. The action feels flat, the characters are whitewashed and emotionless, and the only two Japanese characters feel out of place because they perfectly embody the characters they are supposed to play while others dilly-dally about. Pilou shines as Batou, both visually and in character. The doctors and medical staff and CEOs who had no place in this story are seen diluting it. The casting choice of ScarJo as the Major would have been forgivable had the film been good, but she's at the other end of the stick taking the brunt now. I'd highly recommend watching the anime film.