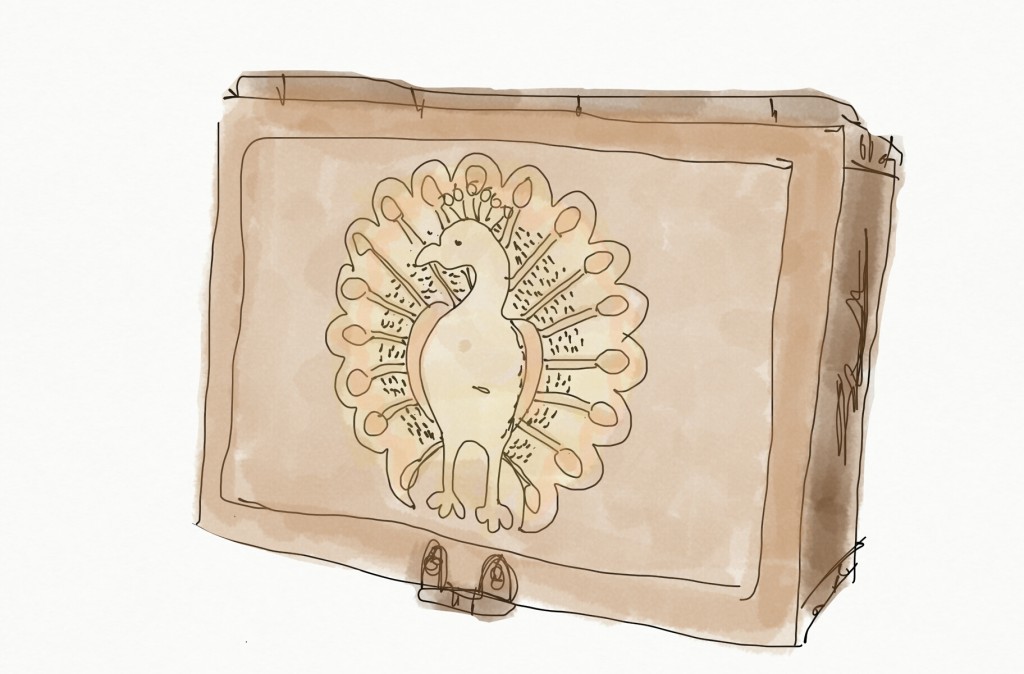 I was waiting for the bus, waiting for my bus with several other people. Right next to me was an old lady, who had her purse draped over the shoulders. One hand was busy adjusting the glasses on the rim of her nose. The other hand was busy clutching and protecting the purse in a fierce way. I smiled when she looked my way, and she gave smiled back. In a few minutes my bus came and I discovered that she too was boarding the same one. As it was a busy day, we found ourselves luckily seated in the only two available seats on the bus. With nothing else to pass time with, I turned to her to have one of the most amazing experiences I’ve ever had in my life.

After the usual introductory chit-chat, I asked her about her purse. About why she was clutching it in such a protective way. Was she afraid that someone might steal it? Or it might get lost somewhere? She thought for a moment, and answered that it was both. The things in there were too valuable for her to risk losing them.

That confused me and I asked her whether it was safe for her to carry her valuables in such a haphazard manner. Going by the public bus, and keeping it in a purse, which a thief could just snatch and run away. She just laughed and proceeded to open her purse for me to look into. She removed a folded envelope and handed it to me. It was a receipt for a PO Box. The kinds where you keep stuff and forget about it. I became perplexed by what it meant, and I handed the envelope back to her. She immediately kept it back inside.

Looking at my expressions, she just smiled and sighed. “Valuables are not just about money you know…“, she said. “This PO Box contains a special box that my husband has left for me. He died several years back. We were happy together for many years. And every year, on my birthday, I would ask him what he had brought for me. And he always brought these wonderful and creative gifts. And every time he asked me what I’d wanted – I said a box full of happiness.”

A tear was growing in her eye. Her voice went a little soft, but she continued. “Over the years, it became a tradition of sorts for us, for me to say this to him. After he died, I missed this. A few days back, I the postman asked me to come and collect the contents from a PO Box my deceased husband had left in my name. It surprised me a lot, and I asked the postman what could be in the PO box. He said he didn’t know, but handed me this collection receipt. On it was a message from my husband. It just said, I know I’m not around, but I’m finally giving you your box of happiness.”

She turned towards the window and looked outside. I let her have a moment, and thought about what could be in the box. We both said nothing about it for the rest of the trip. Finally, as her stop arrived she got up, and turned towards me. She asked me if I would like to go with her, to see find out what was in the box. I just could not refuse her…

We both went to the post office, and she gave the receipt at the reception there. After a while, the clerk handed her a box. She collected it and we went to the reception area. I had an intense wave of curiosity pass over me and wondered at what would be inside this ‘box of happiness’. But I was more concerned about the lady, for she was starting to get sentimental. I helped her to a chair, and moved the box near her. Once we both sat down, I took my first good look at the box.

The box was shining, silver in color, glowing and reflecting every window and lightbulb in that building. Peacocks and exotic flowers engraved on the lid, giving it an antique look. The sides polished to a smooth finish, without a trace of a sharp edge anywhere. Someone had crafted that box by hand, a skilled one at that. I looked towards the lady, and found her struggling to control herself. Her hands shook and trembled every time she moved them towards the box.

But she couldn’t do it. She gave up and her hands dropped to her side. Tears started flowing in streams as she sobbed in silence. I saw a tissue in her purse and handed it to her. She took it and wiped her eyes. A woman came from somewhere and handed her a glass of water. She had a sip, and fixed her composure. Then she looked at me and signaled to open the box.

I slowly opened the box and peered inside. The box was full of some odd things. A waxed leaf, a broken doll, a ribbon, some toys, and a dried out rose embalmed in plastic. In the corner towards one side was an old photograph. Framed in the old ways, in wood, with carvings in the corners. There was even a napkin with a letter B monogramed on it. There seemed to be nothing of value, materialistic that is. All these were personal belongings and memories the two of them had cherished. Looking at the box, I realized I was confounded, and surprised at the same time. I had expected something more, well, dramatic.

I turned to look to look at the lady and she was crying again. Tears were flowing down her cheeks one after the other. But there was a smile on her face. A hint of it, just enough to tell me that she was ok. After a while she wiped her eyes and removed the waxed leaf from the box. She laid it on the palm of her hand and looked at it lovingly. Then she started speaking without looking at me, and I wasn’t sure if she was talking to me or to herself. But I listened anyways.

“I remember this leaf. It’s from that tree. The one we sat under on our first date. We had spent hours just sitting under the tree, holding hands, as we looked out towards the setting sun. Soon the stars had come up, and we still hadn’t moved… Later some day, when we went back there, he had taken up his knife, and carved our names there. We joked often that the leafs of that tree were full of our love. Yes, I remember this leaf!”

She put the leaf back in the box, and had a sip of water. Then she removed the rose from the box, and another interesting story began.

A few hours passed without any of us noticing as she narrated all these amazing stories about each object. Every time she removed something from the box, her eyes would light up and there would be this amazing glow spreading on her face. For lack of better words, she just seemed – alive! And happy. Incredibly, amazingly, really really happy! A stream of people had gathered at the table. Some employees, some customers. Everyone had that glow on their face too, a smile reflected off the lady’s happiness. As I smiled at everyone, I found that happiness all over me too.

Soon though, the lady had collected her things and put them back in to the box. She thanked me for helping her, and thanked everyone else for listening to her life. She said it felt wonderful to have people feel such joy from their love. Her husband would have been very happy were he alive today. I just pointed to the box in her hands, and said he still is. She just said ‘Of course.’

As we walked towards the door, I hesitated going outside. She looked at me, and stopped. I asked to wait for a moment, and dashed away inside. A few minutes later, I came back and we went outside towards the bus stop.

Once on the bus, I removed my wallet and showed her the piece of paper that I had kept folded inside. It was a receipt, just like hers, for a PO Box that I had leased out today. She nodded and understood without my saying and smiled at me. I too wanted to have my own ‘box of happiness‘…

end notes – I’ve always wondered what would happen to those I loved after I go. And how one could ever see someone sad because of them. At first it becomes difficult, letting it go. Accepting that someone is gone. That’s why her husband took away all those things, to give her time to heal. And once she was strong again, he could safely give her back all those memories. A lifetime of them. From the first toys their children played with, to the ribbon in their wedding. A rose he had given her one day. Little things with big memories and moments of happiness contained within them. So that was the inspiration for the box of happiness. And I hope one day I can actually create one too.