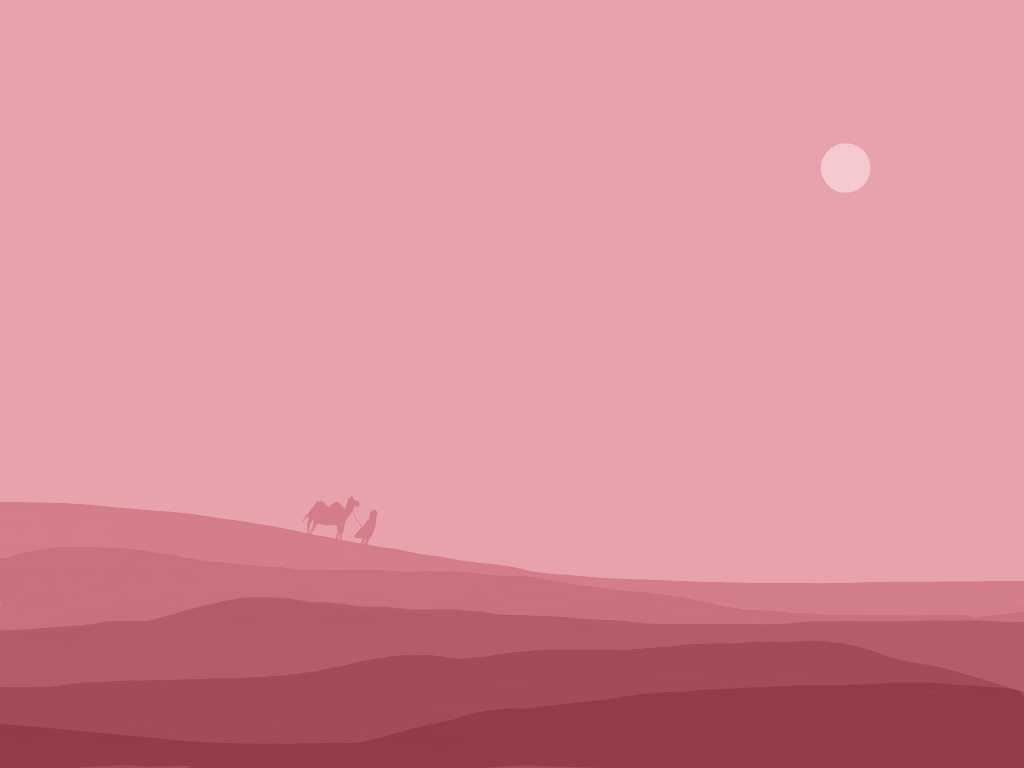 The heat rolled in waves from the ground as the sun stared across the desert. The earth moved around in hills. The wind was but an instrument of torture. There was nothing but the desert everywhere the eye could see. A man walked amongst the dead, unaware of the countless corpses in the earth below his feet. His camel walked silently besides him, content with living for awhile.

The man stopped in his strides and removed a compass from his pockets. It pointed north-east. As long as it always pointed that way, he knew he was going the right way. He had lost count of time. He tried counting the days from the nights, but he wasn’t sure they were different anymore.

The sun always kept shining, moving from east to north, and then from north to west to south and back to the east again. The desert did funny things to the mind when one didn’t sleep. The only memory he had was the old witch pointing towards the north-east. He removed his compass again. As always, it pointed towards the north-east. 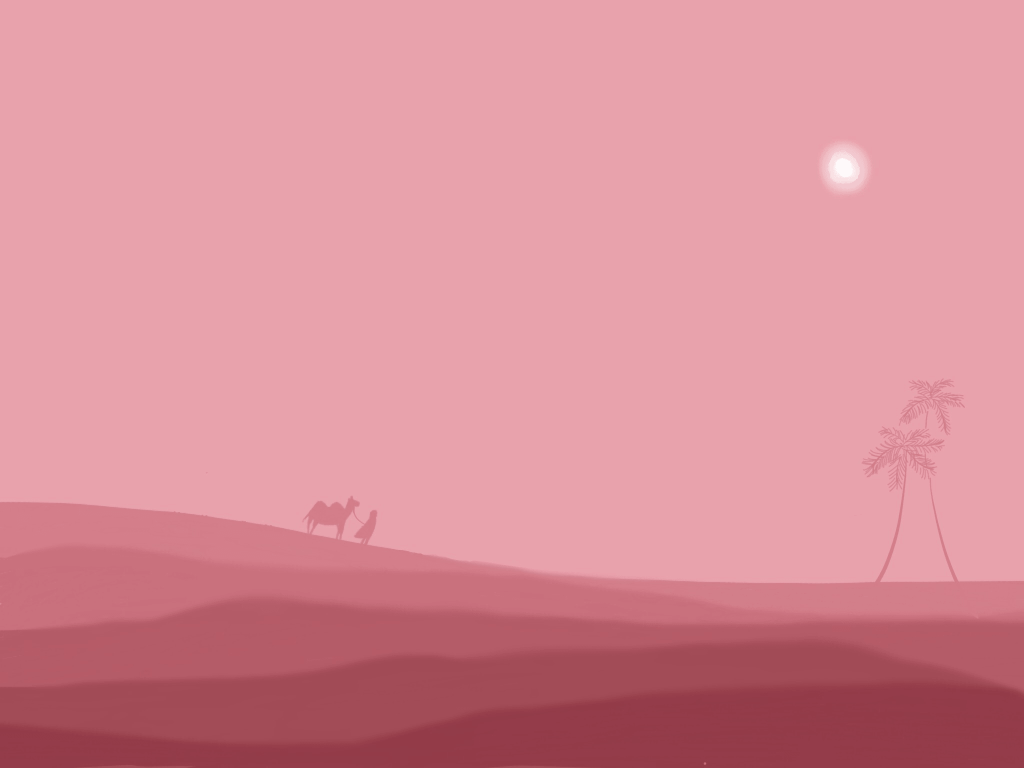 The dust storm kicked in from nowhere. He hadn’t even time to blink once before it engulfed him entirely. He wanted to remove his compass but it was impossible to see it in the dust. He trudged along at a sluggish pace. By the time the dust storm subsided, he found himself standing in front of an oasis. The wonder of the desert. The paradise of travellers. The heaven within this hell.

He took the camel along and could feel the animal’s instincts drawing it towards the shade and water. Water, that word sounded almost alien in this landscape. He filled his bottles and drank as much water as possible. The camel had already filled its body with water and was now munching on the soft grass growing in the shade. He sat by the tombstone carved out of a jutting rock. A few hours of rest would do them both good. The tombstone was filled with the old language, mostly just signs and symbols that were indecipherable to everyone. The old language was lost, just as its creators had vanished almost overnight. The mystical city of Rä. He fell into a sleep dreaming of a breeze and fountains and rivers and rain. 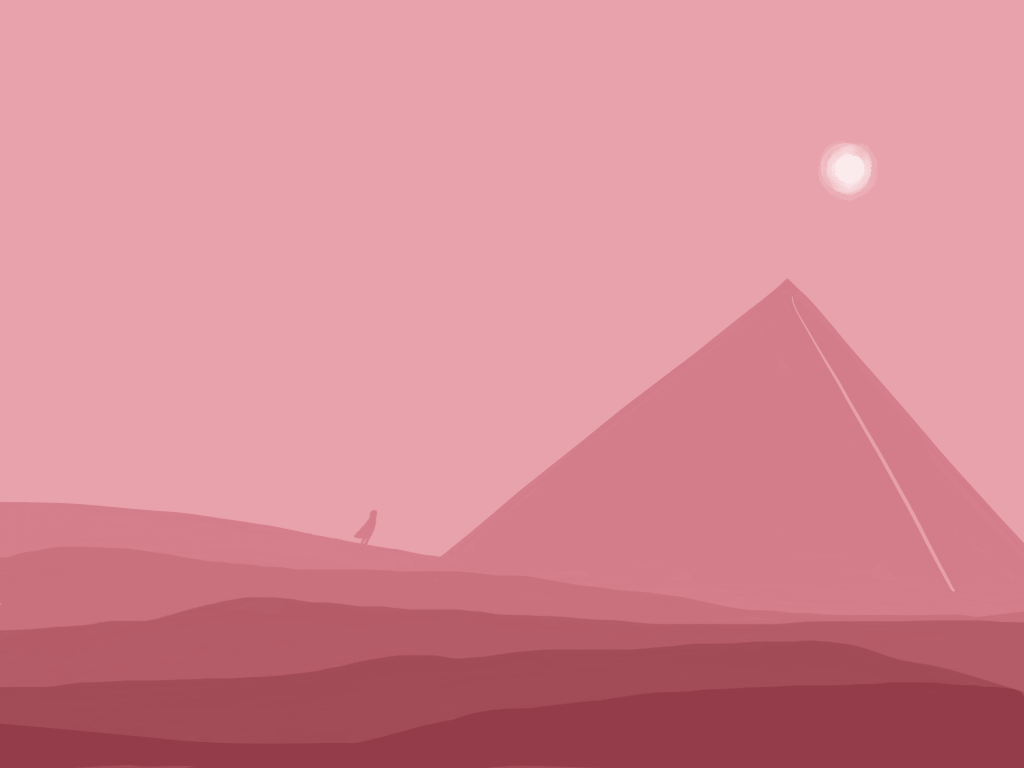 The camel had died a while ago. He hadn’t even bothered to count the days since then. His water was over, and his throat burned with every breath he took. The sun beat him down, trying to pin him to the ground and suck the life out of him. He wasn’t even sure he could manage to hold off much longer, but he had to as long as the compass showed north-east.

He put the compass back in his pocket and watched as the wind kicked up dust a few feet away. He walked into the dust, his hands gripping his compass as a madman grips the last piece of sanity knowing that sooner or later it would slip away. When the dust had cleared off, he found himself standing in front of a gigantic pyramid.

He stopped and wondered for a moment if he had finally gone crazy. He took one step, then another, and then some more. The pyramid did not move. He took out his compass and it pointed right at the pyramid. North-east. He walked towards it and watched as the pyramid grew in size and loomed over his head. When he reached its hard walls, he could see no way in. He checked for signs of a door and found none. Touching the walls, he walked along the edge and onto the other sides. Still no sign of a door or even a way in.

He removed his compass and saw that it pointed towards north-east on every side. Either the compass had gone bad or he had gone crazy. He was sure it was the latter. The sun did not move but stayed right atop the pyramid, as if it was anchored there. He continued looking at it until it made his head dizzy and he fell down on his face. The sand stuck to his eyelids and he breathed in bouts of dust. His body screamed for water but his lips only found dust. He could feel the darkness envelop him and thought it was finally night. He closed his eyes and passed out.

When he opened them again, his lips were wet, and so was his head. Robed figures were chanting and sprinkling water on him all around. He tried to see but could not fathom where the water came from. He passed out again.

This time when he woke up, he was no longer sure he was alive. His saw that his clothes were gone and he instinctively reached for his compass, but that was gone too. The robed figures were carrying him to the pyramid, as naked as when he was born.

The pyramid opened up to reveal a great arch as the robed figures lay him down under it. He struggled to his feet and watched the gates swing with his slightest touch. He walked inside, his feet hesitating at first. As he crossed the arch, the name escaped his lips and the wind moaned as if welcoming him inside Rä…