Revenge is a mindless beast 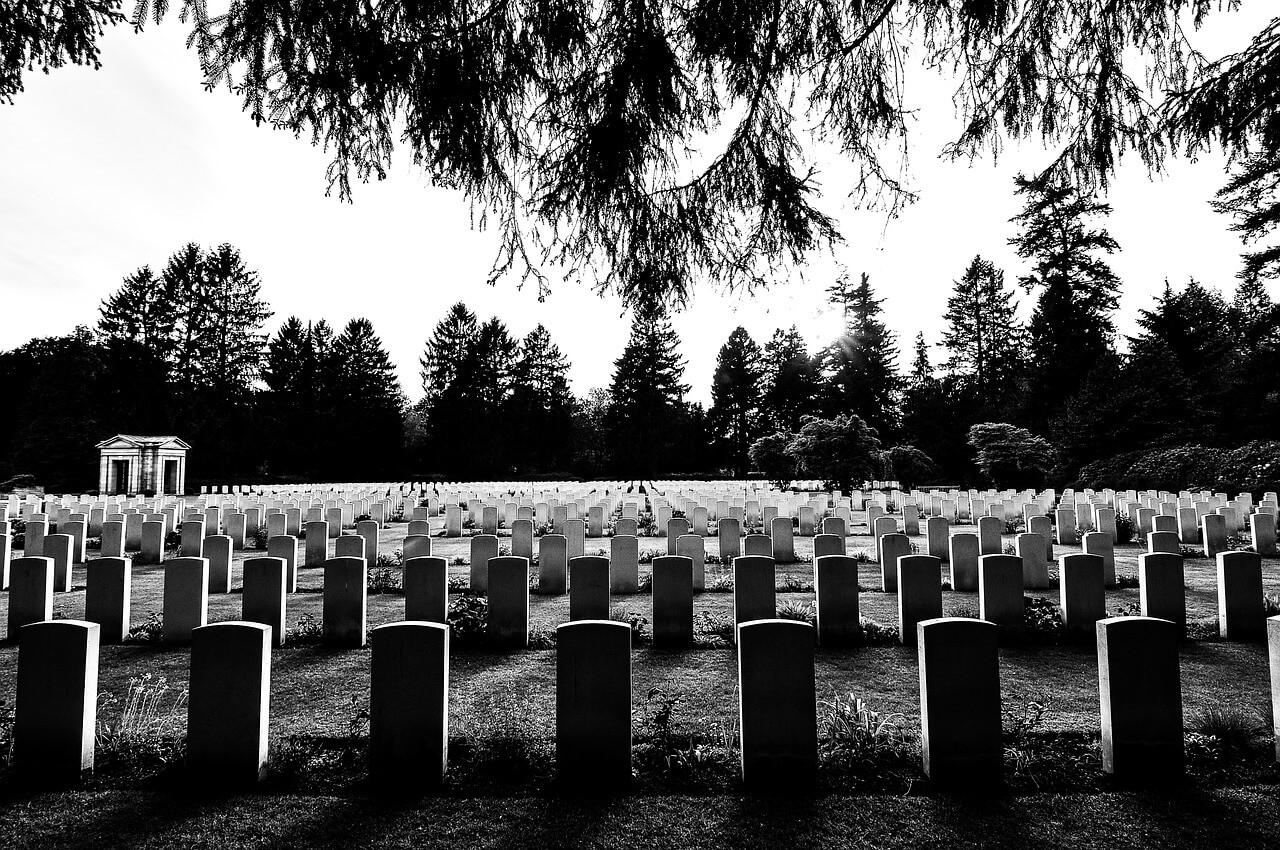 They say death is the great equaliser. I saw what a fucking lie that was. As they lowered him in to the grave, covered in flowers and a sheet of glory, women wept and men stood with their arms held in respect. Everyone wore their best black, expensive watches, hats, sunglasses. The grave had a marble stone lettered in gold proclaiming the greatness of the loss the world had perceived. The priest said some very kind words. He didn't deserve all that. He was dead. Stiff as a stone. The body rotting with every passing second. Fucking murderer.

I watched through the bushes, hidden from everyone's view, wishing I could hurl a bomb at the gathering. To kill every one one of those lunatics who thought he was a decent human being. I knew he shall be judged at the gates and sent straight to hell. His sin was unpardonable. He took away everything from me. Destroyed my entire life. Killed my wife and my beautiful Jessie, barely 6 years old. And so I swore to God that I would kill him myself, only my revenge was taken from me. But justice has its own way of getting to a lunatic killer like him. He had died last night from cardiac arrest, barely a week since he got my Jessie's blood on his hands. If I had the power, I would revive him just to kill him with my own hands again and again.

The day had been such blissfully clear, pleasant winds abound and the sun shining just warm, not too bright. It was a perfect day. We were on our way back from the zoo, laughing and cherishing the love we had in each other. We were just a normal family minding our business and going home. The road had been empty, and we hummed along to the songs that played on the radio. They were some good songs. We were happy. When out of nowhere this fucking car came along and rammed straight into us. Sure they had the airbags, modern miracles they told us when we bought the car that would be sure to save our lives. Only it didn't save the lives of those who mattered. The car had rammed straight into my wife's seat, instantly killing her. My daughter was not so lucky. Her airbag hit her straight on her face, and her neck snapped backwards. She was in agony for over half an hour. And I could do nothing. I was stuck in the driver seat, the airbag had cushioned my fall, but the seat had been rammed in to the door. The car had toppled over, and I could not move at all. I watched in horror, screaming for help, assuring Jessie that it would be alright, lying and hoping and praying in every breath. But no one came. By the time the paramedics arrived, she knew she was nearly dead. She looked straight at me, unable to speak, her eyes screaming in horror. Right when the men broke open her door, she took her last breath, and her eyes lost all their spark. It still haunts me the way she died while looking at me. And it will haunt me the rest of my life.

Such are the unfortunate coincidences in life that I was unharmed beyond a few bruises. I could walk, I could breathe, I could live, but I felt terrible pain in my loss. When I found out the prick that was driving the car, one of those expensive sports ones that cost a shit ton of money, my rage knew no bounds. My wife and children had died because a lunatic wanted to have fun. My life was destroyed because some rich son-of-a-bitch couldn't keep his hands straight for two minutes. The cops did nothing. They told me that it was an accident, that a traffic signal had malfunctioned and caused a mix up which is why the two cars had rammed together. Yeah, right. Try explaining that to the dead body of Jessie. Just fucking try!

I got the details of him from the cops. It was easy. All I needed was a name. It was a popular one. I found his house. A small palace, where this guy lived in luxury. Got to see his wife and kids everyday, kiss them at the door, come back to find them still alive. The accident had broken one of his ribs. And his wife had bawled her eyes out. As if that was so much worse than the death Jessie had suffered. I followed him around. Saw where he went. Who he met. What he ate. I wanted to kill them every single time, but I wanted him to suffer, to pay penance for his sin, and so I waited in patience. It wasn't long before that one night he suffered a heart attack and was dead by the time the ambulance arrived. I was there, I saw him die through the window. I wish it had been by my hand instead. But here I was standing at his funeral, and were it not for all the people, I would have pissed on his grave.

I left after everyone else. I wanted to stand on his grave. Stare at his tombstone. Face his incredible luck that he had died without ever suffering my hate. He had escaped hell on earth. But I was still not at peace. I wanted to dig him up again. Do something that will unleash this monster inside me and consume my soul and leave me alone. Instead, I ran out of the cemetery.

As I drove along the avenue, a strange feeling took over me. I felt empty inside, as if I was a stranger to myself. I felt as if something had taken over my mind - an angry beast that controlled me like a puppet. I was numb, and my hands on the steering wheel were slipping, but I could do nothing. When I came about to where Jessie had died, I felt something shift inside of me. I swear I could feel it move in my guts and then to my heart and finally get itself into my brain. It burned me and I could see the heat distort everything around me. Instead of stepping on the brake, I pushed harder on the accelerator. The car lurched forward and I could hear the sound of glass breaking, and the metal crunching, and the world turn upside down. By the time the car had completely stopped, I was thrown sideways inside.

With blood streaming over my eyes, I watched the other car in front of me. The driver was barely conscious in his seat. I could see the pain come in waves in his eyes. He looked hurt. There was a lot of blood on his face, and he was trying to crane his neck to one side. I saw the part where my car had rammed into his. The entire passenger side had crumpled together his cheap paper. The glass had shattered into a million pieces that all seemed bloodstained. The airbag had pinned the person in the seat but so had the rest of the engine, and I could see that they were dead. Long hair, a tiny figure, a lovely summer dress, I swore it was me in that car and Jessie besides me. When I tried to move my arms to call out to her, I winced in pain, and looked at my foot, broken and crushed. There was no one besides me. That was not my Jessie. But whoever it was, she was dead nonetheless. Dead because of me.

In the distance, I could hear the sirens of vehicles coming to help. But I knew they were too late. There was nothing they could do. The father had already moved over in hell, I knew because I had been there. Was still there. Something irreplaceable had been lost. I remembered myself at the funeral. How I wish I had thrown myself into that grave. Then I would never have come to this road. I knew what would happen when the father would find out that his daughter was dead, while I was still alive, relatively unharmed. I knew what happened because that same rage was still alive inside me. I knew what I had to do. I could see the flashing lights of the ambulances in the distant. I had to act fast. I could see the door holding the engine from collapsing over me. This was it. This was my punishment. I looked over at the dead girl in the other car, seeing Jessie in her place, and I smiled, for she was still alive and looking lovely. I kicked the door aside and let everything fall over me. I felt calm and peaceful as the whole world ended under the comfortable blanket of darkness. Finally, I could meet my Jessie again.